Lucretia, also called The Director, is the leader and founder of the Bureau of Balance. Her name is known only to a select few. She is described as a middle-aged and largely exasperated human woman with dark skin, light hair, and a voice dripping with gravitas.

She joins the IPRE as the chronicler of the journey because it seems like a story worth telling well.

Lucretia operates the Bureau of Balance. She is introduced to Merle, Magnus, and Taako on the moon base after they've been inoculated by the Voidfish. After destroying the Phoenix Fire Gauntlet, she offers the three boys employment as Reclaimers.[1]

Prior to forming the Bureau, Lucretia successfully reclaimed one of the Grand Relics, the Bulwark Staff, on her own but her next attempt at reclaiming a relic proved disastrous. She entered Wonderland, in a bid to use the park's contest to acquire another Relic, she lost twenty years of her life in a wager and Wonderland's "games" nearly killed her. She ultimately betrayed her guide, Cam, in order to escape. She also had an unspecified, but close and personal relationship with Capt. Captain Bain.

After the boys have returned six Relics it is revealed that Lucretia is actually one of the seven Red Robes who created the Grand Relics. She and the other Red Robes had tried to stave off the Hunger by creating the Relics and while the plan successfully hid them from the Hunger, it had a devastating effect on the world. A huge power struggle broke out over the powerful relics, killing many and further strengthening the Hunger. She took it upon herself to erase the other Red Robe members' memories and later created the Bureau of Balance in order to fix their mistake once and for all.

Being part of the Red Robes and spending a century together, Lucretia and the boys would have been very familiar with each other but the boys had no way of remembering their shared past until they were inoculated by the baby Voidfish in episode 59.

The following are the spells known by Lucretia.

Please note, that most low-level spells can be cast at an additionally higher level for a stronger effect. 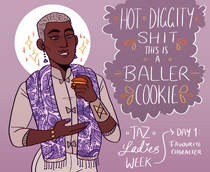 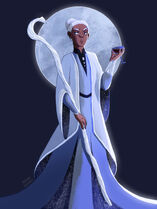 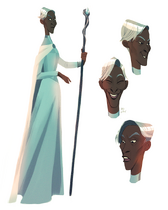 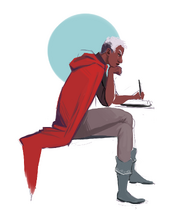 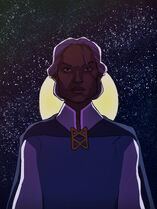 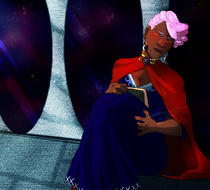 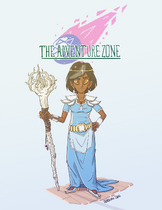 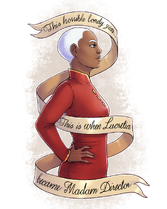 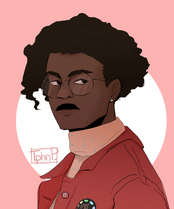 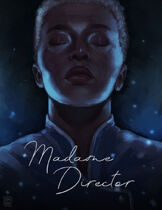 Retrieved from "https://theadventurezone.fandom.com/wiki/Lucretia?oldid=23486"
Community content is available under CC-BY-SA unless otherwise noted.