Despite making his livelihood off of cryptozoology and legendary creatures, Ned himself was a staunch non-believer (or at least he was prior to joining the Pine Guard), and was not above perpetrating a hoax to drum up business.

Little is known about Ned's early life, most likely due to his constant use of fake identities and alternate middle names. In the past, he was a thief known to steal the possessions of the rich and famous, including an oscar from George Clooney, a briefcase with Mal Evans' name on it, and most importantly of all, the Flamebright Pendant, an heirloom belonging to the family of Aubrey Little. When Ned broke into the mansion along with his accomplice Boyd Mosche to steal the pendant, among other things, he inadvertently set the mansion on fire.

Feeling guilty and short on time, Ned was able to save Aubrey and her father, who were both unconscious at the time, but was forced to leave as Boyd would not wait. This led to the death of Aubrey's mother when the roof collapsed. During their getaway, they crashed into a tree on the side of the road. Ned was able to escape, but chose not to help his partner in crime in favor of saving his own skin. He began hitchhiking, walking and taking buses, eventually ending up in Kepler.

Short on money, Ned chose to burgle a nearby building, which happened to be the Cryptonomica, under management of Victoria. Ned was held up at gunpoint for trespassing, however he was let go and given a place to stay.

Working in the Cryptonomica[edit | edit source]

Ned began working in the Cryptonomica alongside Victoria until her eventual death. He inherited the business and began working on turning a profit, hiring Kirby to create e-magazines to popularize the business. It was at least partially successful, since the business stayed afloat for a few years before the government's new plans kicked in to bankrupt the tourist trap industry throughout Kepler.

Ned was a Kepler local and had a shared history with Duck Newton. At some point, Ned was entrusted with Duck's Chosen weapon, Beacon, for safekeeping. Since then, Ned apparently put it within the "Inner Sanctum" of the Cryptonomica.

He wrote Duck a letter, with great admiration.

Ned and Aubrey were co-workers and friends through the Pine Guard. Ned eventually recalled something he did to her years before they formally met, but Aubrey was unaware it was him who did it for a long time.

He wrote her a letter, with love.

Ned seemed to have earned a reputation among other locals as a grifter. He was at odds with members of the local government who saw his business as bad for the town's image. Despite this, he was considered a local and even was able to host a tv show called "Saturday Night Dead"

Mama was not as supportive of Ned when compared to the other pine guard members, but still regarded him as a friend and ally. When an imposter of him appeared on tv, she was able to deduce that it wasn't the real Ned. She later carves a statue of him in his honor.

She also was the one who was beside him in his last moments, and regarded him as her "fallen friend."

Agent Stern is an FBI agent investigating supernatural phenomenon, and was drawn to Kepler by Ned's very convincing Bigfoot video that he posted online. When he came to Kepler, the second person he talked to (supposedly) was Ned, after being redirected to the Amnesty Lodge by Kirby.

Barclay is grateful for Ned helping him in the forest, but exasperated that Ned uploaded the video of that night onto the internet and how much attention is being brought to Kepler because of it.

Boyd was Ned's former partner-in-crime, whom he met while they were both burglarizing the same residence, under the guise of being pest exterminators. They cooperated well enough to escape the police closing in on the house, but Ned nonetheless declined to give Boyd his real name. Probably. They had a falling out when he abandoned Boyd in their totaled car, leading to his arrest. Boyd held a grudge towards Ned ever since.

Kirby worked with Ned as an employee at the Cryptonomica, working as a journalist for internet articles to popularize the establishment. They got along fairly well, but Ned didn't trust Kirby enough to reveal his past or give him keys to the "Inner Sanctum" of the Cryptonomica, but still left him the building after his death.

Ned claimed many middle names during the course of The Adventure Zone: Amnesty including:

Gear both formerly owned and lost by Ned throughout the show. 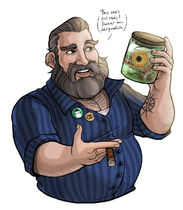 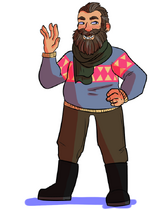 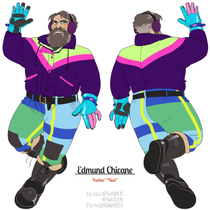 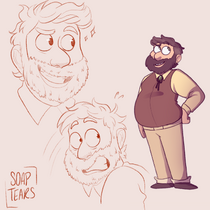 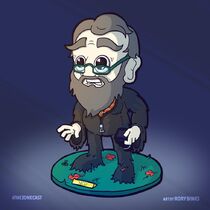 Retrieved from "https://theadventurezone.fandom.com/wiki/Edmund_Chicane?oldid=24045"
Community content is available under CC-BY-SA unless otherwise noted.