The Adventure Zone Wiki
Register
Don't have an account?
Sign In
Advertisement
in: The Balance Arc NPCs, Murder on the Rockport Limited, The Crystal Kingdom,
and 3 more

Angus's Grandpa (assumed deceased after "Murder on the Rockport Limited)

+4 (As of "Murder on the Rockport Limited")
Angus McDonald is the world's greatest detective, as well as a friend of Magnus, Merle, and Taako. He is a very good, well respected, clever, smart, and talented boy. Angus has exceptional deductive reasoning skills and is skilled at solving puzzles and piecing clues together. He uses a book of interception to detect magic used for deception. The party (particularly Merle) regularly pick on Angus in a joking manner by saying his name wrong and stealing Angus' belongings from him.

At some point before boarding the Rockport Limited, he became the world’s greatest detective.

Murder on the Rockport Limited[]

On the Rockport Limited, he was dressed up very fancily in a fancy-boy suit and blue fancy boy cap. Kinda like a schoolboy, but fancy. Angus kept a hand crossbow in his sleeve.

He brought with him a plain blue interceptor book, without any sort of cover art. The Interceptor book can intercept messages that are transmitted through magical means, and then display them in a plain text version, uh, of any language of the reader’s choosing on the page. The book is about divination which is the school of magic about learning secrets long forgotten, predicting the future, finding hidden things, and foiling deceptive spells. He has a detective’s toolkit with a mirror on a stick on it, a notebook, a magnifying glass, a dusting kit, a grappling hook, and all kinds of stuff. He also brought fruit leather with him but ran out.

The party first meets Angus on the Rockport Limited train when he offers to help the party solve the murder on the train.

He thought the Bureau of Balance bracers were some sort of communication-impeding bracers.

He can drag a full grown man across a train compartment.

His pleasure room was his grandpa’s library. He was transporting his grandpa’s favorite silverware and going to give it to him as a death-day present. Taako tells Angus that they were only able to reclaim 3 forks from the train, but in actuality, Taako stole the rest of the silverware set and sold it at Fantasy Costco.

In Lunar Interlude 2, the party finds out that Angus has been hired by the Bureau of Balance as a seeker and will be working with the party to provide critical intel and support throughout their various missions. Later on, it is clarified that Angus joined the Bureau of Balance because he was such a good detective. He had been figuring out many of the mysterious holes in people’s memories and he was edging his way toward either unraveling a Bureau of Balance conspiracy or working for them.

Angus attempts to help the Reclaimers in the Crystal Kingdom arc when Hodge Podge asks the party to spell aarakocra, but Hodge Podge realizes they are cheating and cuts off their communication.

Angus begins learning magic from Taako, starting the lesson with Mage Hand. About a week and a half of lessons later, Angus brings Taako a box of macaroons that are destroyed by the Umbra Staff.

He thought Merle was going on a secret mission in Neverwinter and followed him. He was then introduced to Merle's children Mavis and Mookie.

This smart and beloved boy is great at detective work and riddles! He also knows some spells after he started learning magic from Taako in Lunar Interlude III.

The following are the spells known by Angus. (Note: most low-level spells can be cast at an additionally higher level for a stronger effect.)

Cantrips are spells which can be cast at any time. Angus knows 3 of these. 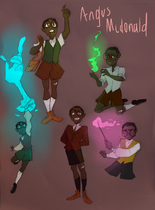 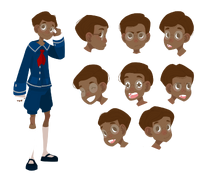 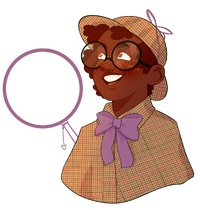 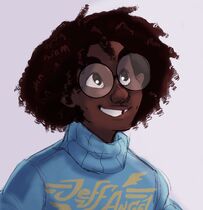 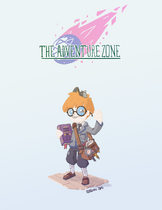